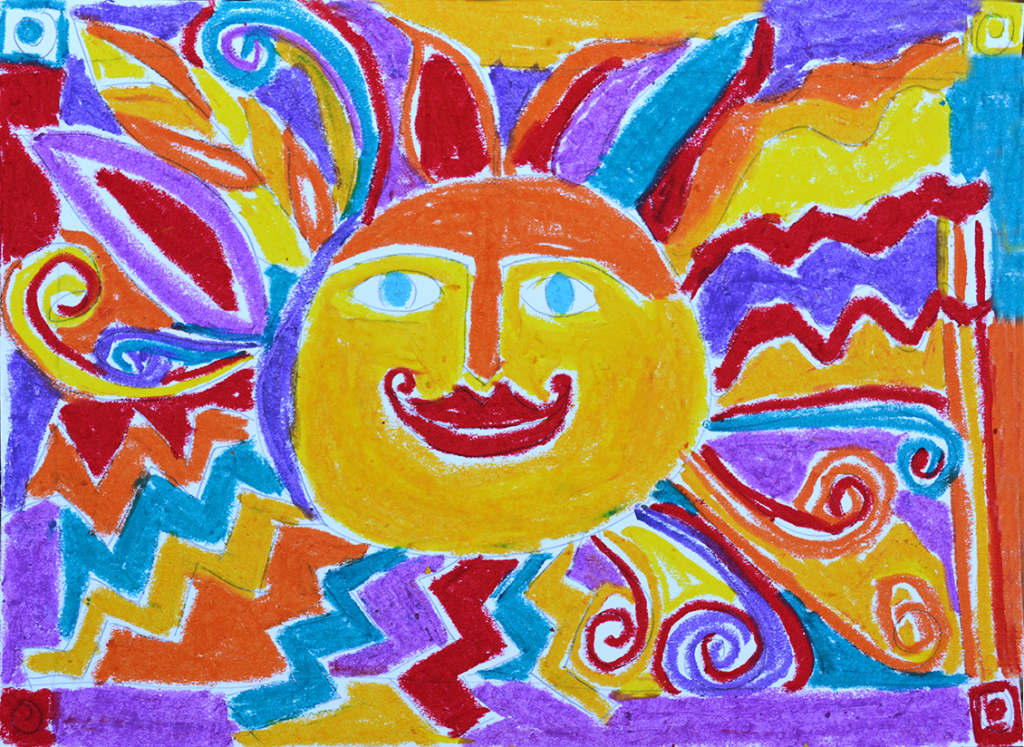 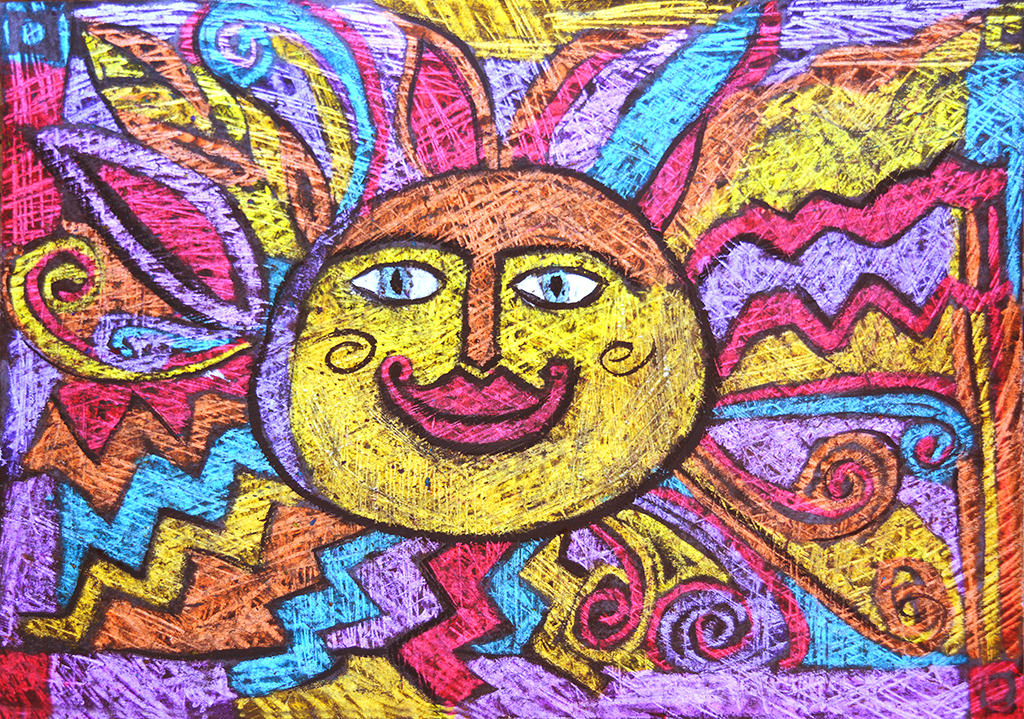 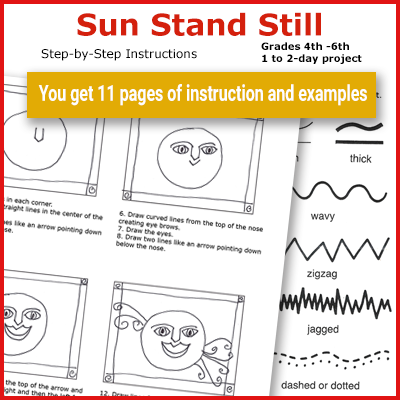 Do you know that the sun is a star?

I didn’t know the sun is a star. At about 864,000 miles (1.4 million kilometers) wide, it could hold 109 planet Earths across its surface. It is so big you can stuff a million Earths inside. Our sun is full of crazy hot gasses. The temperature is about 10,000 degrees Fahrenheit (5,500 degrees Celsius) on the surface and more than 28 million degrees Fahrenheit (15.5 million Celsius) at the core.

Deep in the sun’s core, nuclear fusion reactions convert hydrogen to helium, which generates energy. Particles of light called photons carry this energy through the sun’s spherical shell, called the radiative zone, to the top layer of the solar interior, the convection zone. There, boiling motions of gases (like in a lava lamp) transfer the energy to the surface. This journey takes more than a million years.

In addition to light, the sun radiates heat and a steady stream of charged particles known as the solar wind. The wind blows about 280 miles (450 kilometers) persecond throughout the solar system. Every so often, a patch of particles will burst from the sun in a solar flare, which can disrupt satellite communications and knock out power on Earth. Flares usually stem from the activity of sunspots, cool regions of the photosphere related to a shifting magnetic field inside the sun.

Like many energy sources, the sun is not forever. It is already about 4.5 billion years old and has used up nearly half of the hydrogen in its core. The sun will continue to burn through the hydrogen for another five billion years or so, and then helium will become its primary fuel. The sun will expand to about a hundred times its current size, swallowing Earth and other planets. It will burn as a red giant for another billion years and then collapse into a white dwarf about the size of planet Earth.

Most of my information was gathered from:

Our God is so amazing!

I love summer because the sun stays out longer which make the days longer. The sun always gives me energy. What do you like most about the sun? I read all about the sun, and I now know that only our God could have created something so magnificent.

Something else that is great about this project is the students can do this line project in markers is you don’t have oil pastels. Here are a few of the example in marker. 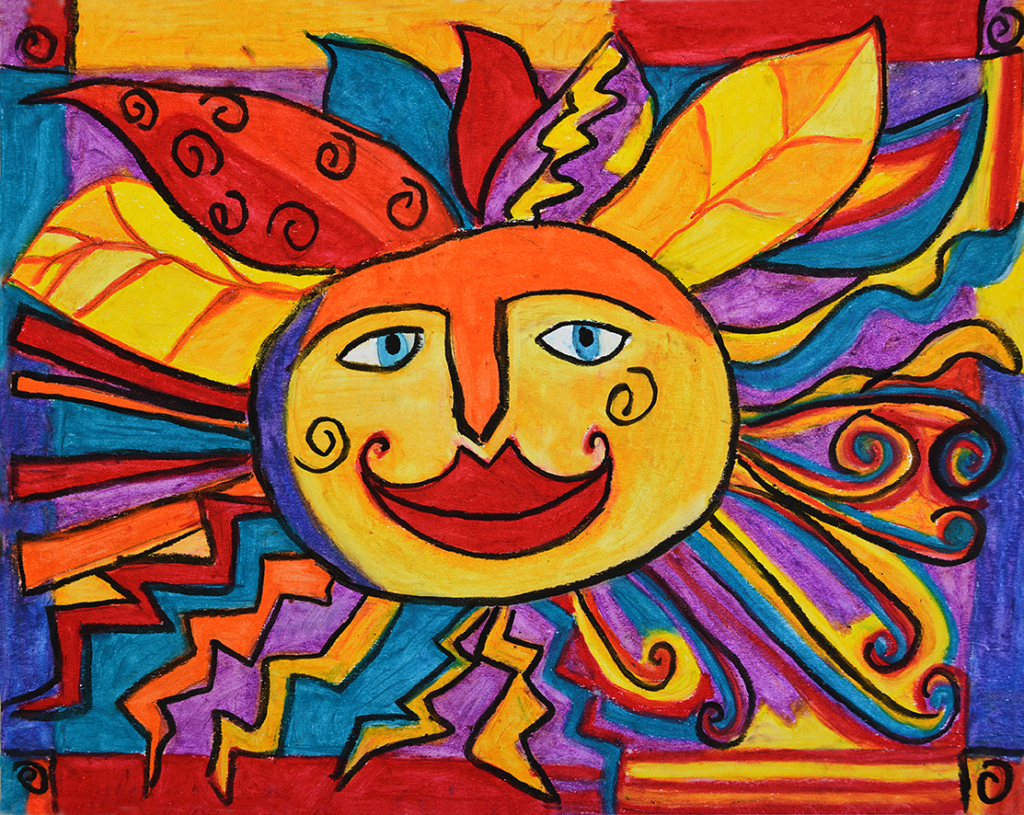 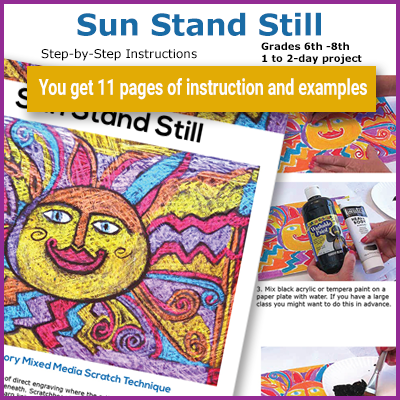 • Discuss what you like most about the sun.
• Discuss how God helps those who pray and ask for help.
• Use lines, shapes, and patterns to create a sun.
• Use 5 colors to create color harmony and design.
• Discuss “what is a color scheme?”.
• Use fine motor skills and hand-eye coordination in drawing lines and highlighting details with an oil pastel.

This is a mixed media project with oil pastel and paint. This 11-page booklet has a list of learning objectives, step-by-step instructions, material list, and practice pages. It also includes a short history of the scratch board techniques.

• Discuss what you like most about the sun.
• Discuss how God helps those who pray and ask for help.
• Use of mixed media
• Use contrast (positive and negative) to create an image.
• Use 5 colors to create color harmony and design.
• Discuss “what is a color scheme?”.

Are you ready to draw a penguin? This is a wonderf

Are you looking for activities on a budget? Give

Did you know that art is essential for cognitive d

Are you ready for the new Spring Art Bundle? 8 wee

Did you know that I've been teaching children's ar

How to draw a cartoon Penguin.@christianartlessons

Did you know we're on Pinterest?📌 On my Pintere

Have you checked out my YouTube Channel? My classe

Hey Moms and Dads, head over to the link in my bio

How To Draw A Snow Globe With Markers - Step-By-St

Looking for a rainy day activity? Check out the li

Did you know there is a significant purpose for a

Yes, This is going to be THE BEST YEAR EVER 🥳

Is your child ready for a new and fun tradition of

Art is invaluable, it is the basis for every part

Happy New Year my friends, praying for you all to